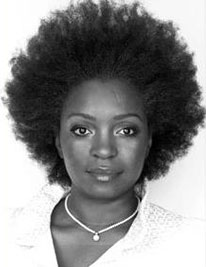 Over the past several years, Myrdith Leon-McCormack has evolved from one of the nation’s most successful Celebrity Manicurist, represented by Factory Downtown, to one of the most sought after branding experts with her firm MLM Represents and as a Huffington Post blogger.

Leon-McCormack, founder of MLM Represents, oversees all practice areas and is involved in providing strategic direction to select clients. Her particular area of expertise is advising clients on how to best leverage their brand as an asset to serve as a powerful leadership tool and drive business performance.

Leon-McCormack’s innovative strategies to connect consumers more effectively by associating them with the world’s most influential celebrities, musicians, arts, film and personalities has been part of her incredible success to collaborating with some of the industry’s most influential people in the world of the arts, music, and film. MLM Represents client list includes: Isaiah Washington, Sheryl Lee Ralph, Lois Samuels–the Vessel, and Justin Davis. Her new business has afforded her the opportunity to travel the world to great countries such as Egypt, Qatar, Dubai, London, France, Ireland, to name a few.

Leon-McCormack’s creative vision and strong knowledge of the entertainment and arts has created yet another venture with the weekly radio show, Keep It Moving w/Marsha Jews on WEAA 88.9 FM, a national public radio station, as Executive Entertainment Producer.

As the Editorial Director of World Bride Magazine, she drives the magazine into the 21st century where visions of people of color are seen in a more positive and progressive direction. 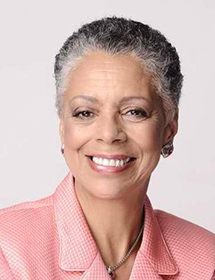 Marsha Reeves Jews is the Editor-At-Large for World Bride Magazine and is a wedding planner at the Frederick Douglass-Isaac Myers Maritime Park Museum in Baltimore, MD and for private clients.

Ms. Jews is the host and Executive Producer of Keep It Moving w/Marsha Jews, a weekly radio show on WEAA 88.9 FM, a national public radio station on the campus of Morgan State University.

Ms. Jews was the President/COO/Associate Publisher for Career Communications Group, Inc. (CCG), a ten million dollar multimedia company. As Associate Publisher, Ms. Jews managed the day-to-day operations for all aspects of two publications: the Black Engineer and Information Technology magazine and Hispanic Engineer and Information Technology magazine; co-produced and designed the conference workshops, panel discussions, awards ceremonies and plenary sessions for The Black Engineer of the Year Awards Ceremony and Conference; and was co-founder and co-producer of Women of Color Technology Awards and Conference. 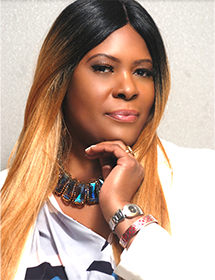 Sanya Hudson believes successful people should invest in their success and from an early age she was determined to invest in hers. Turning her passion into profits, she is an entrepreneur who is affectionately called a “Rising Icon.” Founder and CEO of Sanya Hudson Enterprises, her company is projected to become a leader in multi-media and consulting.  Adhering to the strategies of creating generational wealth, she’s created multiple streams of income as a celebrity radio host, two-time published author, freelance writer, consultant, speaker, educator and former founder and vice president of an independent publishing company.

Utilizing her skillset of creating high-profile networks, she is the host and producer of Sanya On-Air which celebrities are now calling “the best show on the web.” Every week she interviews notables who are able to offer expert tips on fast-tracking success and is often invited to be a key note speaker at schools, businesses and organizations.

Sanya Hudson lives her life taking daily action towards her goals and knows that none of this would be possible if she didn’t give back. Mentoring teens and young adults in inner-city communities, her life is a living testimony that despite where you come from, the world is yours for the taking; just go get it!

All of this is done while still being a very involved mother. Using my life as an example, my daughter has matured into a twenty year old who is also an entrepreneur of Bossed Up Jewelry and is colorfully painting her canvas with beautiful colors called grace, poise, intellect, and substance After all; “children can’t be what they don’t see.”